11 Red Flags That The Buyer Is A Flake 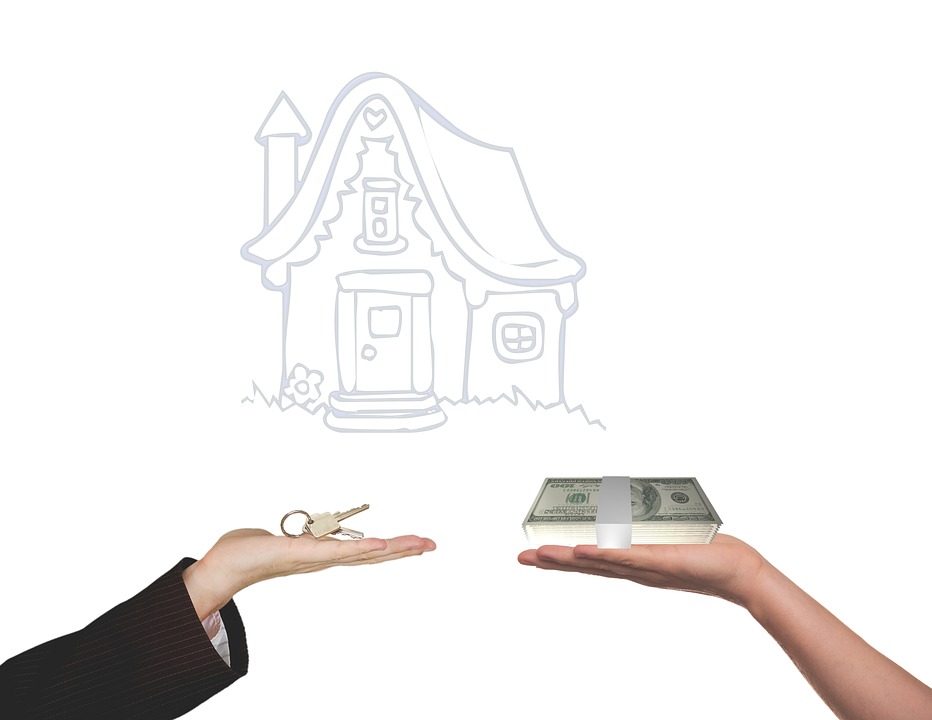 Flakes aren't welcome in any industry, but they're particularly problematic in real estate, where you don't get paid until close. In other words, instead of merely causing an annoyance and possibly wasting your time, flakes can actively cost you money as a real estate agent. If you're not with a client that's going to close, then you're not making money, and it's pretty optimistic to think that a flake would get as far as the closing table, let alone past it.

Experienced real estate agents know how to identify a flaky buyer, but if you're new or haven't encountered one in a while, then you might need some guidance for recognizing a flake. Here are 11 signs that you might be wasting your time with a buyer.

They haven't been pre-approved

Look: Getting a mortgage is not a fun process. Nobody ever claimed it was, and everybody who has ever been through it is well aware that they don't want to do it again anytime soon. But it's also necessary for most people who want to buy a house because paying cash isn't an option. It seems obvious that if you need a mortgage to buy a house, and you don't have a pre-approval to get a mortgage loan, then you should get that pre-approval before you start shopping. What seems obvious, however, is not always.

Understandably, buyers might not be all that eager to jump through the hoops of pre-approval, but this is the first and most prominent red flag that the buyer is perhaps not all that eager to be a homeowner. Shopping for houses is fun; providing your tax documents and endless bank statements and income verifications are not.

Explain to your buyers that if you don't know what you can afford to buy, shopping is just window shopping. If they seem fine with that, then their attitude could be a red flag that they aren't really interested in buying anyway.

They don't spend much time or seem involved when viewing properties

Even if a home is tiny, it should probably take longer than five to ten minutes to walk through, looking in every room, checking the drawers and cabinets and closets, and all of the other things that serious buyers do as a matter of course. In fact, even if it's a literal tiny home, most buyers will want to spend more than five minutes inside and outside of it to examine the storage options and innovative solutions.

But if the buyer is acting like a 2,000-square-foot home might as well be a studio apartment and breezes through it without stopping to breathe, that could be a sign that they aren't serious about even considering moving in.

They don't seem to understand the local housing market

No one should expect their buyer clients to be real estate experts -- after all, that's why they hire people like you to help them navigate the purchase process. But some buyers are more out of touch with the market than others, and those probably aren't as serious about buying a home sooner rather than later.

Typically if someone is thinking about buying a home, they'll spend some time looking up listings online, so they'll have some concept of what's considered a reasonable local listing price, or whether they could afford to buy a four-bedroom house on a restaurant manager's salary. If you can tell right away that your buyer has seriously unrealistic expectations for how much they can afford to spend -- or what kind of house is actually in their price range -- that's a good indicator that this buyer isn't going to get a mortgage loan or make an offer that a seller would accept.

There are financial warning signs

Buyers might approach you with a mortgage loan already pre-approved, but you should still ask them some questions about income, debt, savings, their job, their credit, and some other basic details that will help you get a sense for what kind of home and home search process will work best for them. And when you ask those questions, you may find that those buyers reveal (intentionally or otherwise) that they might not be as ready to buy as they originally indicated.

The buyer's base salary is just one part of that equation. If there is too much debt, no savings, bad credit -- or the buyer is starting off a career change in a new job market -- those could all negatively impact the buyer's ability to secure a mortgage loan.

They don't want to make a serious offer

Every real estate agent has encountered at least one buyer who doesn't seem to want to make an offer at asking the price ... or, really, anywhere close to asking price. Sometimes those buyers are a little bit misguided and simply need some education about what's considered the fair market value in order to offer something, well, fair. But sometimes, buyers aren't interested in making a serious offer at all. They want to see what they can get away with more than anything else.

If you have a buyer who's consistently submitting lowball offers and won't listen to your advice to maybe get a little closer to asking price next time -- and you know it doesn't have anything to do with finances -- then you may have a flake on your hands.

In fact, they don't know what they want

A serious buyer is going to have a clear idea of what they're seeking in a home, from size to price to a location to any number of other variables and features. There might be an area or two where the buyer (or buyer's household) is wavering: Is the kitchen really the right size? Would three bathrooms work, or do we actually need four?

But a flake, on the other hand, isn't going to be at all clear on what their needs are. They probably won't have a lot of opinions on any of the places you look at together, besides some bland "that was nice," and they won't be able to share what works and what doesn't in the homes they're considering.

The real estate market is slowing down across most of the country, but we're emerging from several years of a strong sellers' market where buyers had to act quickly if they wanted a chance at getting their offer accepted. In that context, if you have a buyer who just doesn't seem motivated at all to move beyond a snail's pace, then that's a warning sign your buyer could be less serious than you'd like.

It's not just about the economic context; most buyers are operating on some kind of deadline. Maybe they have a job offer, their kids are changing schools, or perhaps it's as simple as their lease winding up and wanting to get on the homeownership ladder for the first time. But in all those scenarios, buyers either want to move or they need to move, and they're going to be willing to move fast for the right home.

There's no sign at all they're making a move

Obviously, it doesn't make sense to move while you're still shopping for a house. But buyers who aren't showing any signs that they're at least preparing to move are another red flag for real estate agents to spot. If you're making conversation with your buyer and you discover that they regularly spend their weekends at estate sales picking up as much furniture as their home can hold -- and they haven't put that habit on pause -- or that they just splurged on a big-ticket item like a new car or a boat, then those are indications that the buyer isn't really thinking about moving.

But they aren't sure they want to stay in the area

When you're renting a home, it's easy to try something new every year because you have to renew your lease anyway, so why not? Some buyers who are used to the habit of picking up and moving as often as they like don't consider the implications of purchasing a house -- namely, that someone is going to have to live in it and pay the mortgage for thirty years (depending on your loan terms, of course).

So if your buyer says in passing that they're thinking about moving to a different state soon, or that they're exploring a promotion that would require a transfer, that's a good cue for you to ask more questions about what they plan to do with their newly acquired home when (and if) that happens.

They don't seem excited -- or one buyer is noticeably more excited

Most buyers are pretty excited to get the opportunity to have a home of their own, so when they aren't, it's the reason to sit up and take notice. And sometimes it doesn't even have to be both buyers in a couple. Experienced agents have seen this more than once: A couple is buying a home, and one buyer is clearly more excited than the other one, who isn't at all engaged in the process of shopping for a house. There could be a reasonable explanation, of course, but that's also an indication of a couple where one partner is hiding something significant (like a lot of debt, for example) from the other.

If your buyers simply don't seem like they're all that enthused about owning a home, there might be something else going on that could interfere with the home sale.

They're wavering on hiring you

As an agent who represents buyers, you already know that many of them aren't interested in signing agreements with you, but they're still more than willing to work with you as their agent. So taken by itself, this red flag isn't necessarily a big deal; lots of buyers aren't eager to sign a representation contract. But if you notice this flag in tandem with one or more of the others on the list, it could be an indication that this buyer has no intention of ever closing a deal with anybody -- including you.

Most buyers aren't flakes; they're just people who want to get into a home of their own. But the ones who are can cost real estate agents a lot of time, so it's worth it to know how to recognize them and extract yourself from those relationships early.
Print Details
Previous post
Next post
11 Things A Real Estate Coach Can Help You With
Components To Add To Your 2020 Real Estate Business Plan

For ADA assistance, please email compliance@placester.com. If you experience difficulty in accessing any part of this website, email us.
There's Magic In Our Mountains.™

Sign Up
Already a User? Sign In
You have been successfully registered
Please check your email.
Go to the homepage
Sorry something went wrong
Please try again.
Try again

The page will reload automatically.
Go to the homepage

In order to log in to your account, you need to confirm your email address. Please check your inbox!
Go to the homepage